Telling the House of Fairy Tales
Our HoFT conception aspires to give substance to that town of fairy tales that, virtually, has ever existed in the competition site, guarded by the little yellow house where Andersen was born and grown up as a child.
Thus, we decided to create a hybrid space, generated by a grid extruded in all directions, avoiding any separation between the urban garden and the museum building.
The spaces generated by such a matrix can be toured continuously, both inside and outside the building; they are connected by pedestrian ramps so to form a uninterrupted narration.

The exhibition path of the new Andersen’s House of Fairy Tales is in touch with the external environment so to have a dialogue with natural elements evoking Andersen’s fairy tales and placed outside, as in a dreamy room of mirrors.
The HoFT volumes make the near horizon of the urban garden. There is no separation between building and landscape, since the constructed bodies are also the substrate for lawns, trees, pools and footpaths.
In some specific points, the inside and the outside melt, building and landscape pervade one another and completely overlap: here is where the most evocative depictions are put on scene and the “portholes” where people walking through the garden are intrigued and invited to enter the House so to listen to this story. 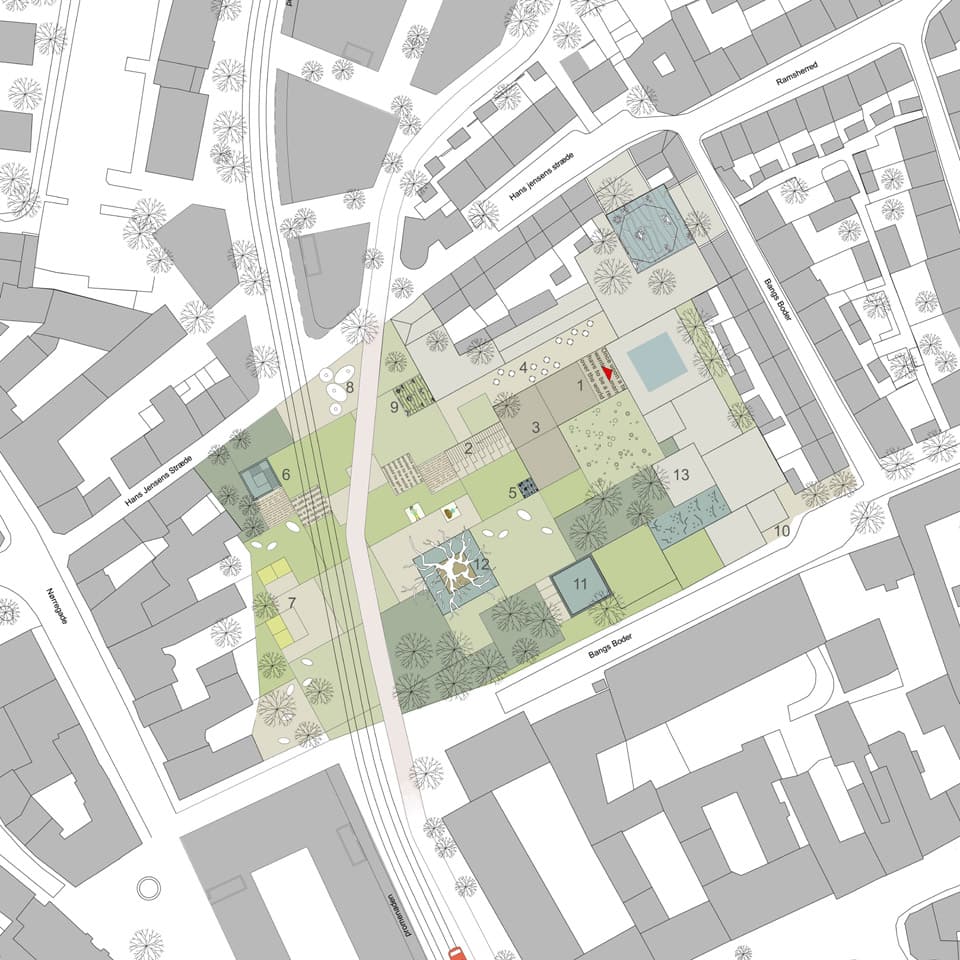 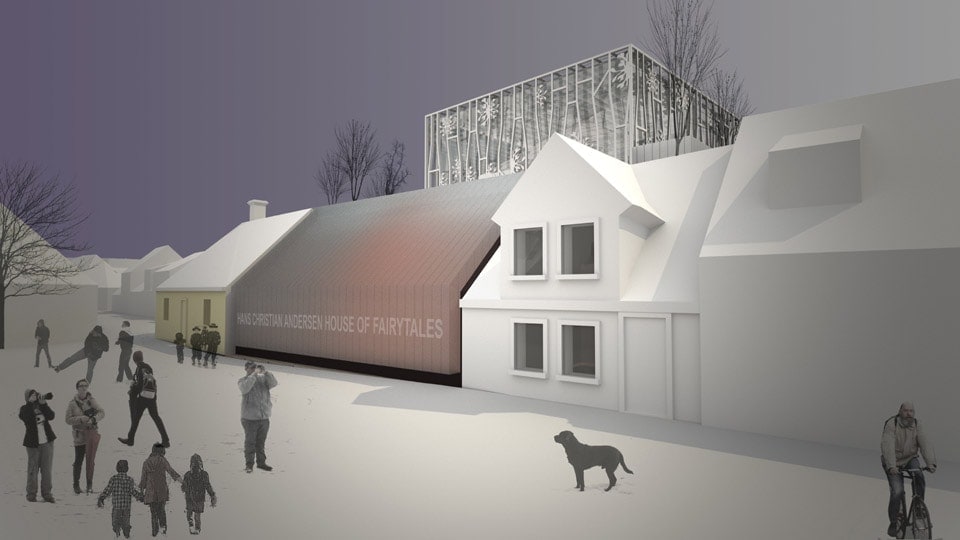 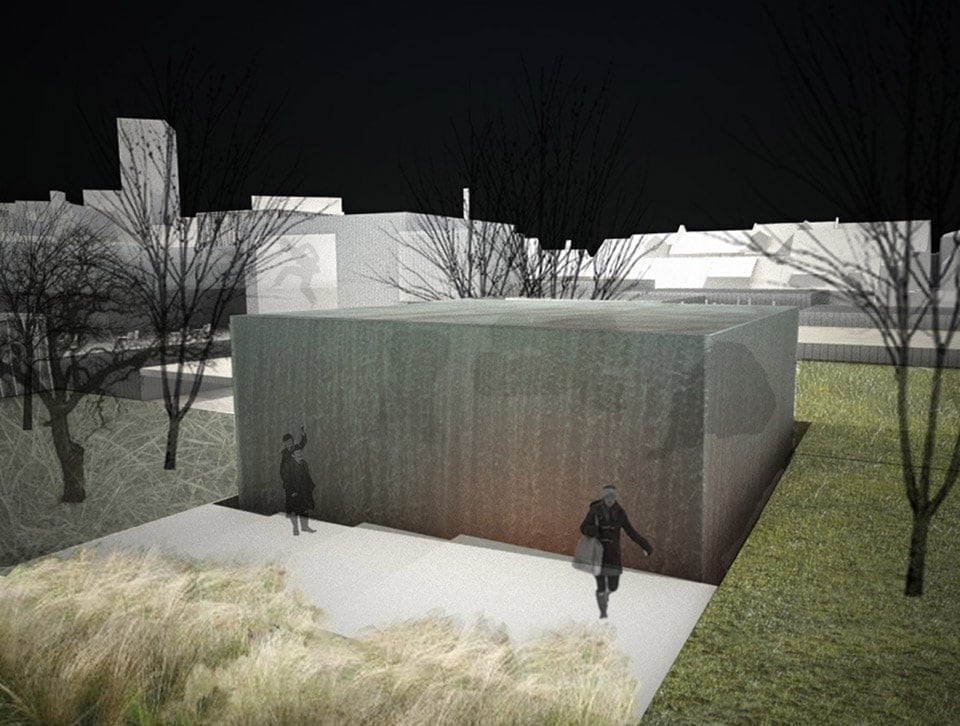 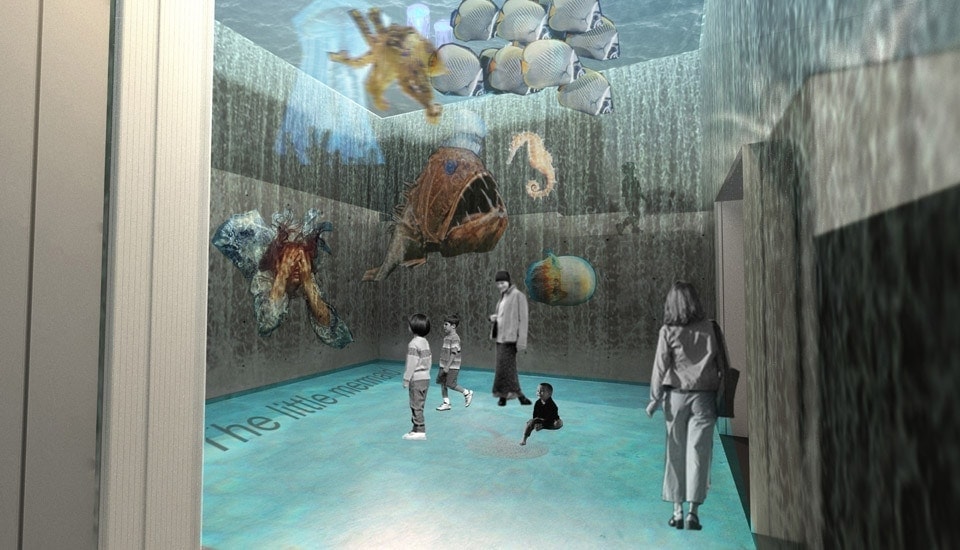