The idea on which this design is based is that in a city like Paris, plenty of panoramic view points, to “see” the city means to view across things, to have subtle information about it, to perceive its past and future, to be, in a certain way, transported out of time and space.

Therefore, this landmark has been conceived of as a viewing machine, an architectural object which plays with the meaning of “to see”; it consists of a huge “double-sided” sheet which, like a folded Alice’s mirror, shows people different views of the world at different times – the past, the present and the future -, it presents the reality and the possibility.

The external stainless steel cladding, in its lower part, reflects the present and the
reality, which is represented by the surrounding environment, while the upper part becomes more permeable, scattering images and moving pictures coming from the inside around and away and becoming a communication machine. This has been done by tilting the cladding tiles progressively more horizontal from the bottom to the top of the structure. People walking around the landmark and approaching it have different perceptions of the surrounding area while changing their point of view: this is the level of reality which, by looking outside or going farther, becomes more and more mixed with images coming from the interior (the opposite side) of the skin. 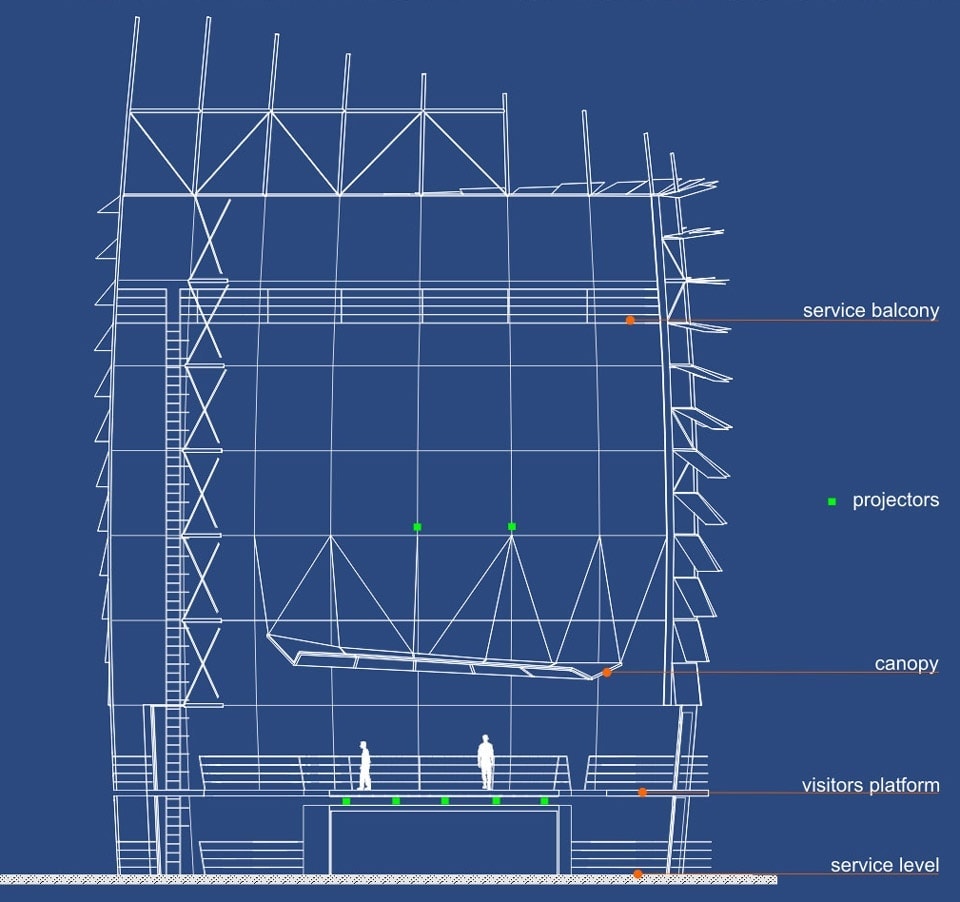 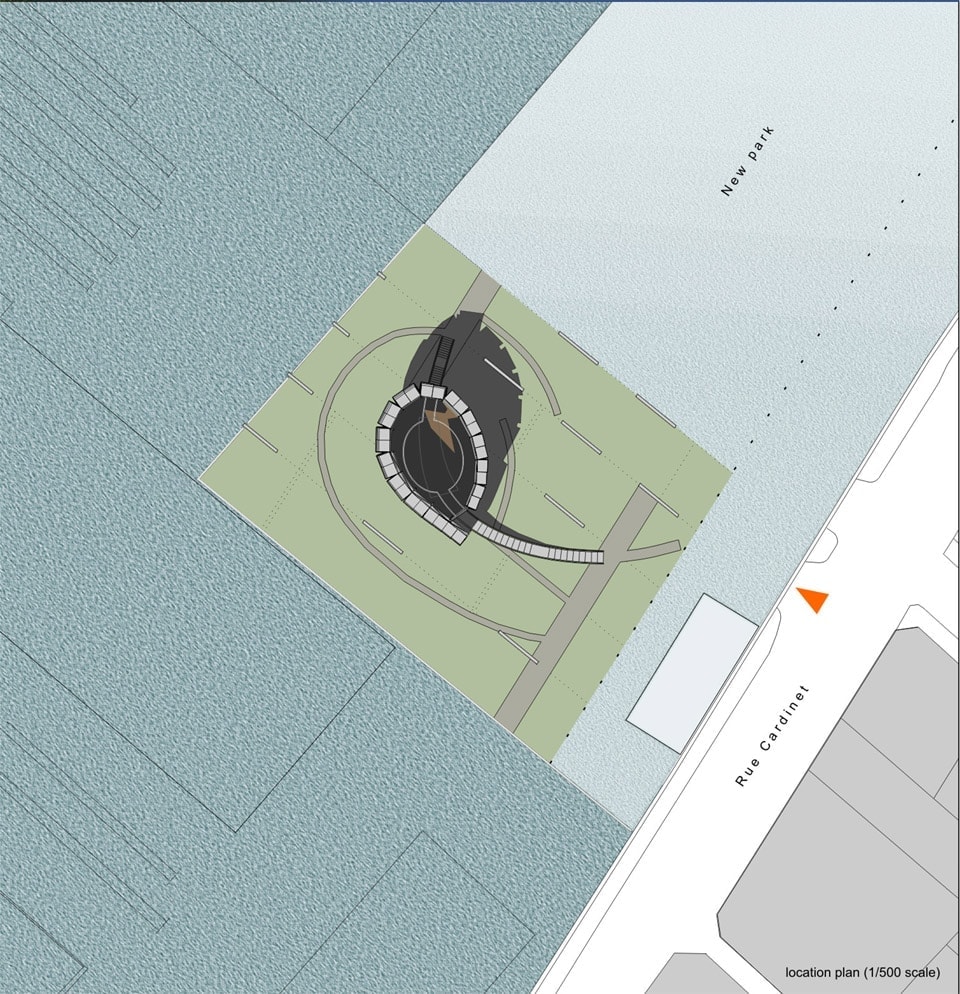