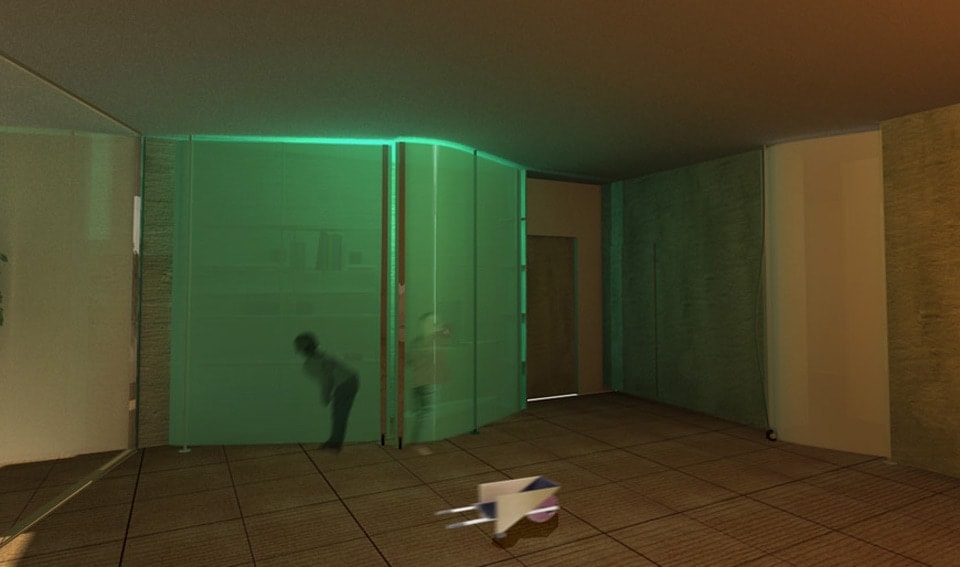 Bianchini & Lusiardi Associati was founded in Cremona, northern Italy, by architects Riccardo Bianchini and Federica Lusiardi in 1999. The architectural office has been awarded several prizes in design and architectural competitions in Italy, the United Kingdom, South Korea, and China, and featured in books, magazines, and exhibitions worldwide. We are a registered architectural practice in Italy and the United Kingdom.
We engage in various design fields, including public buildings, urban spaces, residential buildings, interior and exhibition design, lighting, furniture, and graphic design.
We have also collaborated with international architects, such as Sir. Peter Cook and Salvador Perez Arroyo on the design of the new “Il Maggiore” theater in Verbania and other projects.

Riccardo Bianchini
Graduated in architecture (M. Arch) at the Genoa University in 1993, he is a registered architect in Italy since 1995 and in the United Kingdom since 2010.
Since 1994, he is combining professional work and an academic career.
From 1994 to 2000, he collaborated with Achille Castiglioni at the Architecture School of the Polytechnic University of Milan. In 1995, he was a tutor at the Summer School of Industrial Design of the Polytechnic University of Milan. From 2001 to 2003, he was a professor of Computer-Aided Design at the Engineering Faculty of the Polytechnic University of Milan. Since 2007, he has been a Faculty member and visiting professor of interior and exhibition design at the Universus inter-university consortium at the University of Bari.
He is particularly committed to investigating the relationship between advanced technologies and architectural design.
In 1999 he co-founded the design practice Bianchini & Lusiardi Associati. Since 2014 he is also co-founder and editor-in-chief of the international architecture & design magazine Inexhibit (www.inexhibit.com), for which he has written over 700 articles on architecture and design. Riccardo is also an architectural photographer (https://www.riccardobianchiniphotography.com/en/).

Federica Lusiardi
She graduated in architecture (M. Arch) at the Milan University in 1992 with a specialization in industrial and interior design. After working in design studios in Milan, he collaborated with architect and professor Eugenio Bettinelli, working mainly of exhibitions and interior designs. In 1997 she is selected as a team member of the City Center Lab, established by the Cremona City Council, where he developed urban space and public furniture design.
In 1999 she collaborated with architect Barbara Croce to the detailed design of the Jesuit College in Alessandria by Giancarlo de Carlo.
In 1999 she co-founded the design practice Bianchini & Lusiardi Associati.
Since 2014 she is also co-founder and editor-in-chief of the international architecture & design magazine Inexhibit (www.inexhibit.com).